Redefine the media as a trusted source of news, information: Anurag Thakur 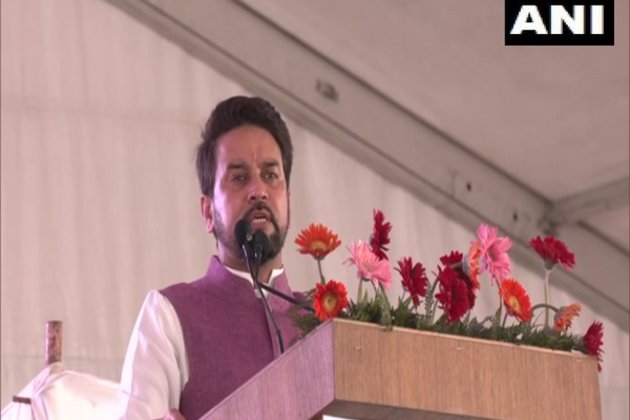 By Payal MehtaNew Delhi [India], September 19 (ANI): The COVID-19 crisis has thrown up challenges as well as provided an opportunity not just to re-invent journalism, but to redefine the media as a trusted source of news and information, said Union Information and Broadcasting Minister Anurag Thakur on Monday.

Speaking at the AIBD General Conference 2022 in the national capital, he called on the media to highlight and create a strong future for broadcasting in the post-pandemic era.

"In challenging times the role of the media, especially broadcasting becomes extremely important to sift facts from fake information. Real journalism is about facing the facts, presenting the truth and letting all sides the platform to present their views," Thakur said.

"In my personal opinion the biggest threat to mainstream media is not from new age digital platforms, but rather the mainstream media channel itself. If you decide to invite guests who are polarising, who spread false narratives and who shout at the top of their lungs - the credibility of your channel goes down. Your decisions regarding the guest, the tone and visuals - define your credibility in the eyes of the audience," the Union Information and Broadcasting Minister said.

Highlighting the need for having more sensible debates and content-rich debates on television instead of mere shouting matches, Thakur said, "Are you going to watch the narrative be defined by soundbites or redefine yourself and set the terms for your guests and channel? Are you going to show visuals that grab eyeballs and inflame anger or show restraint and project visuals in context to showcase the full picture?"Thakur also highlighted the need to have more innovative and improvised content. Failing this, the younger generation is gradually drifting away from broadcast news. "Are you going to watch as the younger audience switches and sweeps through the shrill on TV news or are you going to bring back the Neutrality in NEWS and Discussion in DEBATES to stay ahead of the game?" Thakur saidThakur lauded the media's efforts, especially in the Covid times when It was seen that correct and timely information could save millions of lives.

He also spoke about the extensive use of media - both mainstream as well as new digital platforms by Prime Minister Narendra Modi and his government during this exceptionally difficult phase of COVID-19. (ANI)