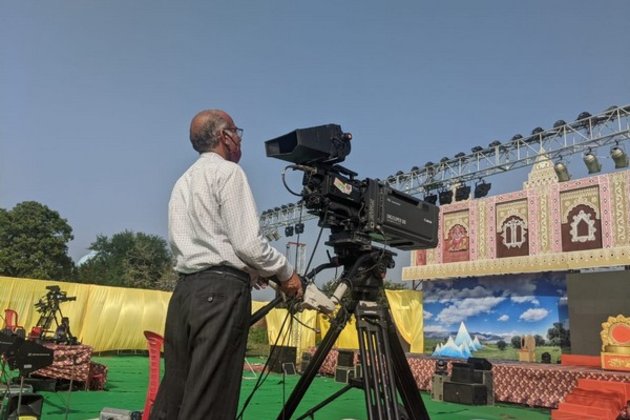 Lucknow (Uttar Pradesh) [India], October 17 (ANI): Doordarshan is set to telecast live from Ayodhya 'Ram Leela', the dramatic enactment of the life of Lord Rama according to the Ramayana.

As per an official release by the Information Department of Uttar Pradesh, the live streaming of the event has been organised in collaboration with the tourism and cultural department of the Uttar Pradesh government and was launched by Tourism, Culture, Religious Affairs Minister of Uttar Pradesh Neelkanth Tiwari and Bharatiya Janata Party MP Pravesh Sahib Singh Verma.

"Doordarshan went live on the first day of Ram Leela which started at Laxman Qila on Saryu Coast of Ayodhya... Apart from Doordarshan, the Ram Leela is also being broadcast LIVE on the internet on YouTube, and other social media channels of the government," the release said.

Shashi S Vempati, CEO of Prasar Bharati also tweeted about the telecast along with pictures of preparation by Doordarshan team to bring the grand affair to people's homes.

"In view of the COVID-19 related precautions during the festival season, happy to share that Doordarshan will be bringing LIVE "Ram Leela" from Ayodhya everyday all through Navratri. The live broadcast on TV and streaming on YouTube will be on DD National 7.00 pm onwards from tomorrow," Vempati tweeted on October 16.

The Ram Leela will be performed for nine days of Navratri from October 17 to October 25. (ANI)