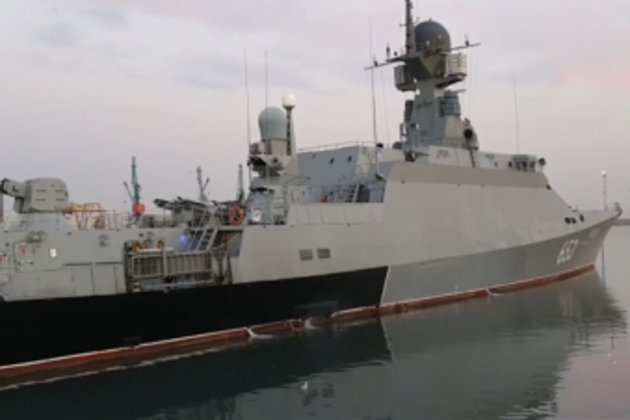 'The exercise will run in the central part of the Caspian Sea north of the Absheron Peninsula. Overall, the naval maneuvers will involve six warships, seven planes and over 400 troops,' the ministry said.

The Absheron Peninsula is a peninsula in Azerbaijan. It is the location of Baku, the biggest and the most populous city of the country, and also the Baku metropolitan area.

The naval maneuvers will involve four warships carrying Kalibr cruise missiles: the missile ships Dagestan and Tatarstan and the missile corvettes Uglich and Veliky Ustyug. They will perform qualification artillery and missile firings at sea against air and naval targets while operating as part of a task force jointly with aircraft of Russia's Southern Military District.

The main goal of the drills is to deploy forces for providing a favorable operational regime, protecting and defending maritime economic activity facilities and also eliminating notional illegal armed formations, the statement says.

As Russia's Defense Ministry stressed, the exercise running as part of a combat readiness check 'poses no threat and does not restrict the economic activity of the Caspian littoral states.'

Azerbaijan, with help from Turkey and Syrian and Libyan mercenaries deployed by Ankara, started a war against Karabakh (Artsakh) in the morning of September 27. The Armenian side has reported deaths and injuries both among the civilian population and the military. Foreign and local journalists too have been injured in Azeri shelling of towns and villages.

Donations can be made to Hayastan All-Armenian Fund, which has launched a fundraising campaign to support humanitarian efforts in Karabakh.